Well, I put ‘A Good Liar’ on the Kindle free ebook list last week and 115 copies were downloaded over the five days of the offer. At the same time the number of (KENP) pages being read of both ‘A Good Liar’ and ‘Forgiven’, which is the next book in the series, both went up markedly.

There may or may not be a connection. This week I’ve tried another Kindle promotion strategy, putting ‘Forgiven’ into the process where the price progresses from low back to the ‘normal’ of around £4 over four days. No noticeable increase in downloads as yet, but I admit I’ve been too busy to do anything about telling anyone about the promotion. At least there’s some income from this strategy, but it doesn’t look particularly effective so far.

More news on that next week. In the meantime, I’ve sent the new book ‘Burning Secrets’ to the printers and can do no more with it until the delivery arrives on May 31st. I know I should be more proactive about promotion, but I need a break after the struggle to get all the production stages completed on time and make all the necessary decisions. And I had a big birthday party to organise and then enjoy – which I did, very much. 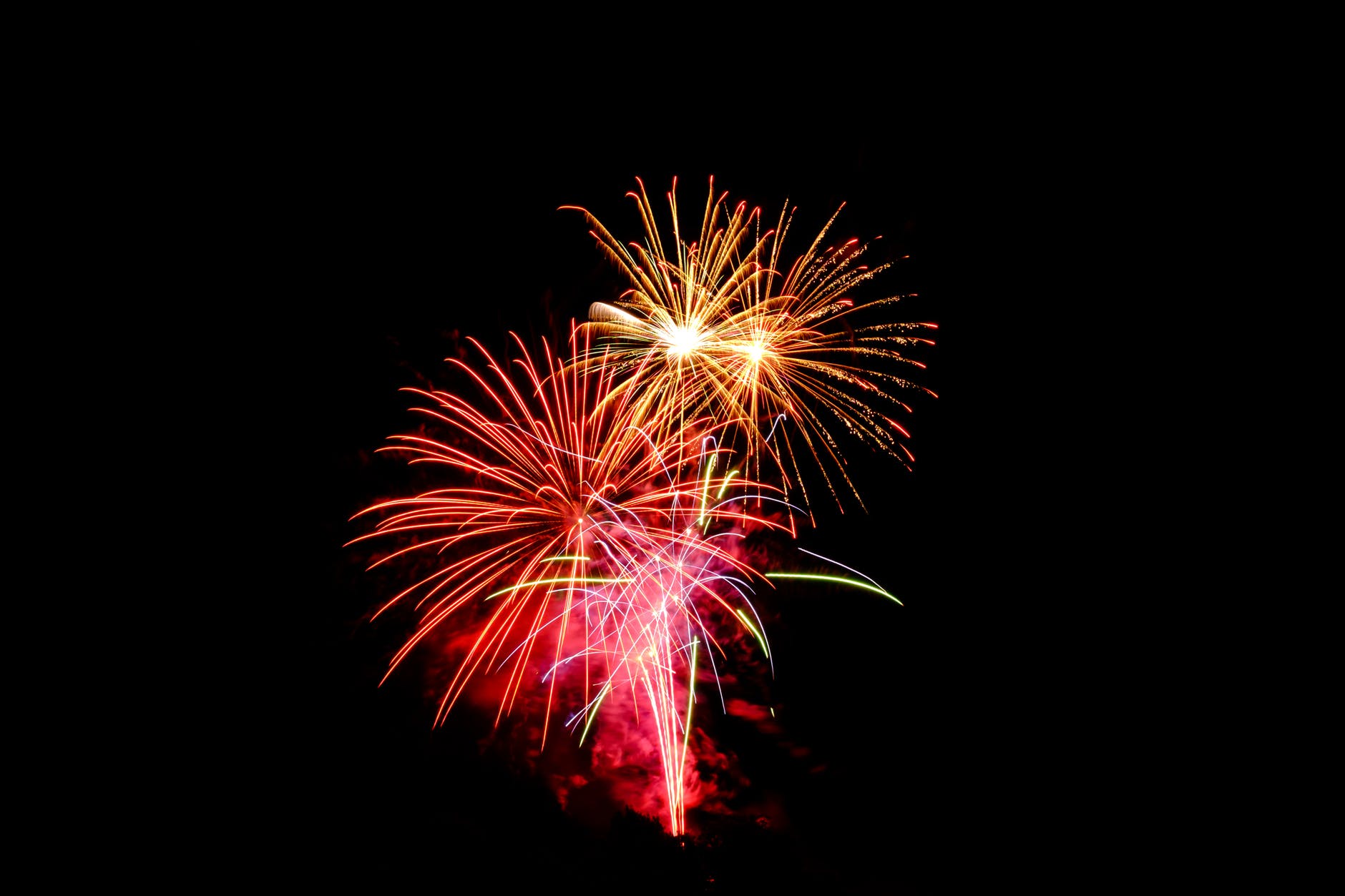 Loads of people came from away, and it was great to have a steady flow of visitors on the following morning, so we could catch up properly.

I could have put flyers about my new book on the tables at my party, and made a little speech about it, and had a draw for a free copy, but I just didn’t want to to do that. This was an important personal occasion, and the books are about what I do, not who I am. Does that make sense?

Hitting the big 70 puts things in perspective, and running around pushing people to buy my books isn’t top of my priorities. There are many readers, especially in Cumbria, who enjoy the books and say so, and have been anticipating the new one for some time. I’ll do the usual round of meetings, talks, festivals and radio, and hope that will draw some new readers in too. The ebook and Amazon sales will be picked up by my US distributors Fahrenheit Press and its charismatic MD Chris McVeigh,who knows the book selling business far better than I do. I could do with a similar ‘champion’ here in the UK – someone who loves my work and knows how to promote it – and does so for love, not money. Maybe that’s unrealistic, and lazy!

I knew this week would be busy but it’s been more than that: it feels like the start of a new chapter in my short writing life. Two events happened simultaneously. First, my new book ‘Fatal Reckoning’ was officially launched, on Friday at the Beacon Museum in Whitehaven, on the top floor (visible in the photo) with a superb view over the harbour and out to sea. It was a very enjoyable afternoon although I say it myself. One of the best parts was the introduction from the Director of the museum, Elizabeth Kwasnik – an off-comer from Scotland – who said that my trilogy ‘Between the Mountains and the Sea’ had given her valuable insight into the recent history of West Cumbria and its people. The historian in me was very pleased about that.

Second, the night before the Beacon launch the new ebook version of ‘Fatal Reckoning’ appeared on Amazon and the Kindle Store, published this time not by me but by Fahrenheit Press, who specialise in digital publishing, mainly of crime fiction. I’ve been fascinated to see how they set about establishing their books – and now mine – on the radar of crime fiction readers, mainly using Twitter. Chris McVeigh, who started Fahrenheit Press has also written a blog piece about the details of the curious partnership between us, by which they publish digitally and I do the paperback version. Two different formats, two different audiences, two different approaches, and an interesting development in self-publishing. As I explained last week, Fahrenheit’s version of Cruel Tide on Kindle has a completely different cover. Click the link to see it. And while you’re there, check the new ‘Fatal Reckoning’ cover too.

Both these developments have made me think, yet again, about what I’m doing and what next. The setting in Cumbria has to remain central to my writing, no doubt about that. Also, I really enjoyed weaving fact and fiction in the trilogy, and want to do that again. Could I combine that approach with a ‘crime’ story, as I tried to do in the first book in the trilogy ‘A Good Liar’? Does the next book need to be the start of a new series, which might be more lucrative but can be restrictive too?

My fiction writing life will be shorter than many authors, simply because I didn’t start until I was 60. So if the number of books left in me is relatively small, what are my priorities? I don’t want to spend precious time churning out books that might sell but don’t really interest or inspire me. Needless to say, a new idea is already forming, but nothing I want to talk about just yet.

What does a book cover really mean?

This is a bit complicated. Just to start things off, here are the covers of the two crime fiction books I’ve published, last year and last week. 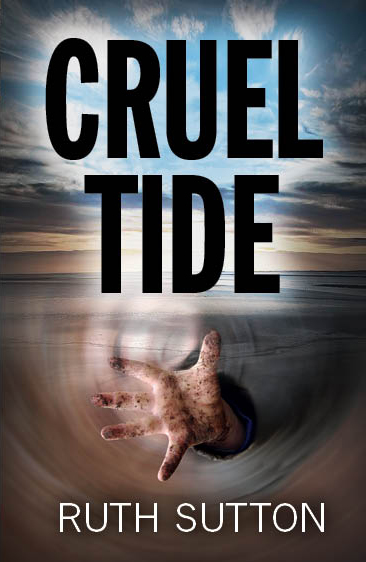 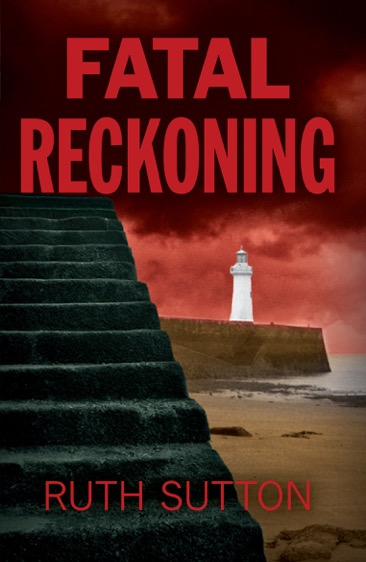 I think they’re quite good, but what they indicate more than anything else is the setting – Morecambe Bay in ‘Cruel Tide’ and Whitehaven harbour in ‘Fatal Reckoning’. The fact that they deal with dark deeds is implicit, not unmistakeable. These are the covers on the paperbacks that are in the shops, but they will not be the covers of the ebooks. How come?

Here’s what’s been going on ‘behind the scenes’. The ebook versions of both these books are being published not by me and my imprint ‘HoadPress’, but by an international crime fiction publisher called ‘Fahrenheit Press’ fahrenheit-press.com. They specialise in ebooks and POD, but rarely if ever publish paperbacks, unless there’s an enormous demand, at which POD becomes impractical. Casting around for a way to avoid the ‘agent’ route to publishing I found Fahrenheit Press a few months ago, sent them a copy of ‘Cruel Tide’ as an example of my work to date, and said that the sequel was in production. Long story short: the MD of Fahrenheit, Chris McVeigh, and I met in London, talked about the various routes to market and made the deal outlined above. I find the business of Amazon algorithms etc quite puzzling – as I wrote about a week or two ago. Chris understands that whole business better than I ever could, so why not give it a go, just to see what happens? He’s preparing both books for digital production right now, and when he’s ready I’ll take down my Kindle posting for ‘Cruel Tide’ and he will replace it immediately with his, adding ‘Fatal Reckoning’ as an ebook for the first time. The difference will be the covers, which we have been discussing this week. His preferred covers are completely different than my originals, denoting not setting but ‘genre’. They are very dark and stark, as befits a dark tale in two parts, and he’s called both of them ‘Judith Pharaoh novels’. So simple. When they’re finally agreed and published – in a week or two – , you be able to see them on the Amazon and Kindle websites and make your own comparisons. This is the first time that anyone else has published my work, in any format, I’m fascinated by the experience, so different from a traditional publishing deal.