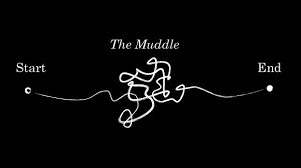 The positive power of feedback

All my plans for meeting readers at the Lake District shows this summer went west the moment I fell down the stairs in mid-August and emerged with a ruptured Achilles tendon and damaged shoulder ligaments. Couldn’t walk for a while, couldn’t drive, couldn’t lift or carry books, couldn’t even use a keyboard without pain and handwriting was no better. What a mess!

Of course I was lucky, I could have died or sustained what are euphemistically called ‘life-changing’ injuries. As it was I was deprived of my precious independence for a while, but gradually I’ve got back to a semblance of normality and am well into the first draft of the new novel now, with every chance of getting the book to my editor by the agreed date of the end of January.

But during the past few months the lack of contact with readers has taken its toll.

I guess all writers doubt themselves, unless and until they’re clearly successful and maybe even then. However good your original idea, and however happy you may be with the plan in your head or on paper, there comes a point somewhere in the middle of the first draft when you wonder why on earth you’re doing devoting all your spare time to this project, and whether it’ll be worth it.

At that stage, it’s really helpful to have a way of refreshing your self-confidence, – especially that part of your self-esteem particularly linked to your writing. And that’s what’s been missing, because I simply couldn’t reach readers in person for quite a while.

Today was a chance to put this right. It meant a three hour return drive, and not long to talk with quite a small group, but I did so enjoy it. And when some of them began to talk about reading my books, I realised yet again how much I need that feedback.

One of the people asked me, ‘Do readers write to you, or let you know their reaction to your books?’ And the answer to that was ‘No, not much, and I wish they would!’ It’s hard to know how many people out there have read my stuff. Once the books have gone to the distributors and the shops they are beyond my view. I know that books get handed around : sometimes readers tell me with pride how many people they’ve lent my books to! I don’t know how many people get copies from the library.

Nor do I know whether readers are more forthcoming with feedback for other writer’s books. I’m not myself, I realise. I may love a book, talk about it, delay finishing it because I’m enjoying it so much. But I never think of telling Claire Tomalin, or Hilary Mantel, or Ann Cleeves, or Andrea Levy how much I love their work, and why.

And there is another problem, of the relative isolation of many self-published authors like me. We rarely get reviews, or awards, or mention in the conversations of the regular book world. I could do something about this, I know. I could read and respond to more blogs and hope that the effort is reciprocated. I could actively seek more reviews on Amazon, although very few of my sales come through that route. I could be more active in the various writers’ networks. But time spent on all that seems like time off-task. My priority as a writer is to write.

As my life returns to normal I’ll probably get out more, and meet more of the people who read my stuff. Those direct conversations are obviously important to me, and I’ve been missing them.

Bumps in the confidence road

Things seem to have gone a bit flat, and I’m feeling that way too. The third book is out, on schedule, in the shops and on Kindle. Now what? I’m schlepping round the libraries and WIs in Cumbria, talking about ‘Fallout’  and how and why I wrote it the way I did. I’m defending my decision to tackle the nuclear issue, and all that follows from that. I’m explaining why I left the ending of this last part of the trilogy somewhat ambivalent, which I did, after worrying for weeks about the final chapter. I get little shreds of feedback: a second hand comment that the book was fine but the nuclear stuff was too technical and boring, followed by another that the scenes set in the Windscale plant are riveting. Different strokes for different folks obviously and you can’t hope to please everyone, but it’s unsettling nonetheless. Today an email arrives saying that there are words missing in the Kindle version, and down I go again into the slough of despond, even before I’ve checked it myself and fixed the problem, if there is one.

I suppose it’s down to my inexperience as a writer. For the last twenty years or so in my other ‘work’ in education I’ve been more certain of myself, the skills I have developed seem clearer and the feedback more immediate. None of that seems to happen in the writing business, or at least not in the self-published writing business. I don’t have the luxury of a publishing team or an agent reassuring me about what’s happening, and that the decisions I/we made about the plot and the cover and and everything else were the right ones. I’m plagued by intermittent doubt, and yearn for someone who understands books to tell me that I’ve done a good job with this trilogy, not just as a testament to life on the Cumbrian coast in the twentieth century but for the writing itself.

Next week I’m going to the lunch to celebrate the Lakeland Book of the Year for 2014. I haven’t made the shortlist in the one category that might apply, but I want to be there, just to be around people who are into books and publishing and this wonderful place where we live. I’ve even bought a dress, and may, possibly, have the confidence to wear it. Maybe that will cheer me up.