Do readers need a ‘friend’ if the context is complicated?

Three years ago I was in the final stages of writing my third novel ‘Fallout‘, which had as its backdrop the nuclear reactor accident at Windscale in Cumbria in October 1957. 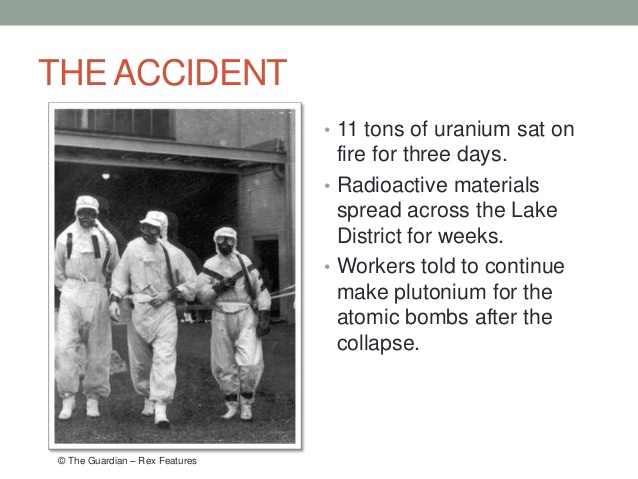 Deciding on that context for a story about finding love in later life was a gamble. For a start, the background might end up being much more interesting than the main story line. And dealing with a real event was always going to be tricky. It’s a touchy subject here in Cumbria even after sixty years: the final report on the incident used a phrase about ‘local errors of judgement’ that still rankles. (Actually the phrase was inserted into the report by the Macmillan government as a way of explaining the incident to the Americans without blaming the government’s own rushed reactor building programme.) And of course, because it was a ‘real’ incident within living memory it was essential for me – a local ‘offcomer’ – to get the facts right.

The inside story of the reactor fire was a complicated technical issue. How was I going to help the non-scientific reader to understand what was really going on, and why the key the decisions were made? The plan was to place a character on the inside of the Windscale whose job was to ask questions about the operation of the reactor. This character would act as the reader’s ‘friend’, gathering information in an intelligible way. in ‘Fallout’ this character was Lawrence Finer, seconded to Windscale from Harwell, the nuclear research facility near Oxford.

In my next book  ‘Burning Secret’ I face the same issue – explaining farming to a non-farming readership, and then clarifying the complications of a catastrophic infection that decimated our farm animals in 2001. I need a character that acts as the ‘guide’ to a specialist subject for a non-specialist audience. Talking to a local dairy farmer last week it occurred to me how to handle this.

Large dairy farms often employ people to help with milking and the care of the herd, but during the outbreak restrictions were introduced that made it impossible for dairy farm workers to work normally, going home after work and coming back the next day. This particular farm asked a family friend from Liverpool to come and stay on the farm for the duration to help them, and the young man had no experience of farming life. He reacted to the everyday routines of the farm as you or I might, noticing things that the farmers took for granted, asking naive questions, making mistakes through lack of experience. In literary terms, this character’s function is somewhere between the Greek chorus and the gravediggers in Hamlet, and more emotionally detached than the farmers themselves as the outbreak spread ever closer. In a crime story, as this will be, the ‘stranger’ can also be a useful source of tension and mystery. Let’s see how it all turns out.